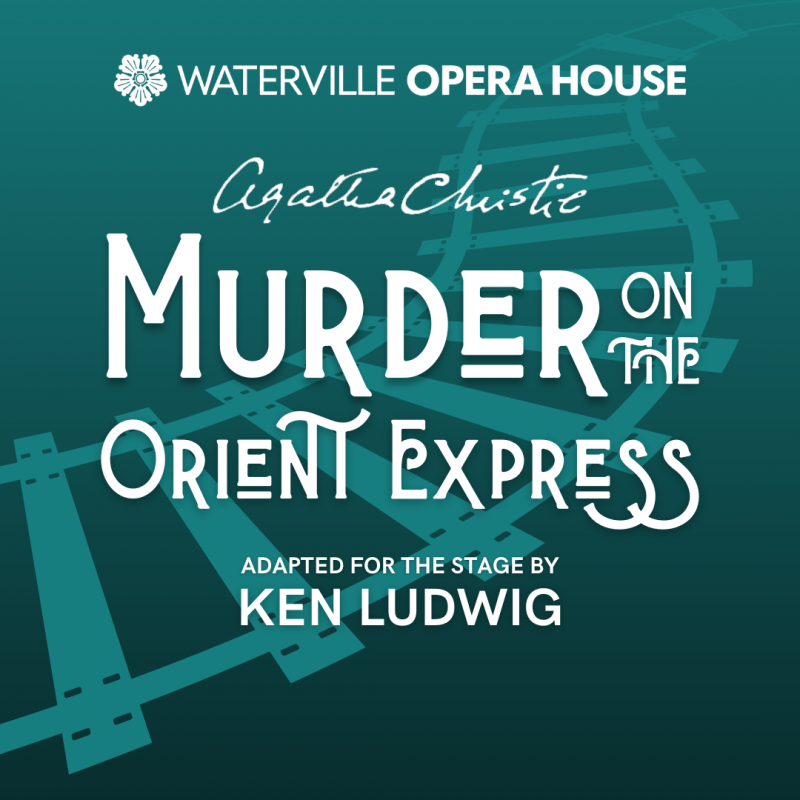 Adapted for the stage by Ken Ludwig
Presented by arrangement with Concord Theatricals on behalf of Samuel French, Inc. www.concordtheatricals.com

Just after midnight, a snowdrift stops the Orient Express in its tracks. The luxurious train is surprisingly full for the time of the year, but by the morning it is one passenger fewer. An American tycoon lies dead in his compartment, stabbed eight times, his door locked from the inside. Isolated and with a killer in their midst, the passengers rely on detective Hercule Poirot to identify the murderer – in case he or she decides to strike again. Ken Ludwig's clever adaptation of the Agatha Christie classic boasts all the glamour, intrigue, and suspense of Dame Agatha's celebrated novel, with a healthy dose of humor to quicken the pace.

Tickets: $24 - $26
Prices include a per ticket handling fee. Tickets are nonrefundable.

2023 Season Pass: Receive a 20% discount when you purchase tickets to all four 2023 stage shows in the same order! (The Play That Goes Wrong, Rock of Ages, Agatha Christie's Murder on the Orient Express, Elf the Musical)